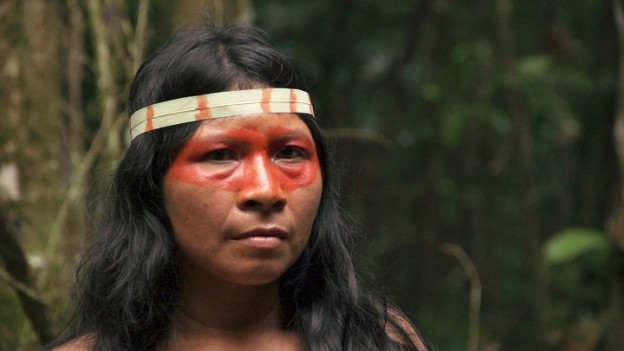 A recent arcticle in the Washington Post, “Do the world’s ‘uncontacted’ tribes deserve to be left alone?,” caught my attention.

My immediate reaction, and position, is: “Well, of course they do.”

First, from a legal and moral perspective, indigenous peoples are protected by several international declarations – e.g. the United Nations Declaration on the Rights of Indigenous People; the United Nations Declaration of Human Rights; the International Labor Organization Convention #169; and, the International Covenant on Civil and Political Rights – that safeguard their rights to self-determination, culture, internal affairs, etc.  Wherein lies a right, lies a duty, and since indigenous people have the right to determine their own futures and associated needs, then they have freedom from actions that contradict those rights.

Tribes living in isolation (the word ‘uncontacted’ is a misnomer as all indigenous peoples  are at least somewhat aware of the outside world), have chosen to do so for a variety of reasons, some of which we know and others we do not, and they should be the ones to choose when and if that isolation ends.  I wrote in a previous blog post that the current principle of Free, Prior and Informed Consent (FPIC) must be made stronger so that indigenous groups have the power to decide the porousness of their borders, and not the other way around where they are often forced to comply with development projects that commence without properly fulfilling FPIC. When outsiders impose their presence or their extractive machinery onto an isolated community, in particular, they have violated indigenous peoples’ rights and their own duties to uphold those rights.

Second, the question of indigenous peoples’ isolation often arises within the broader context of land rights issues. For example, states are increasingly granting land rights to extractive industries to mine for gold and oil or plant oil palm trees in order to increase employment, GDP, international standing, etc. on the same land where [isolated] indigenous peoples have lived for hundreds (if not thousands) of years. Many people argue that a state has a duty to advance economically in order to eradicate poverty, raise the standard of living, become competitive in the international arena, all of which require the use of land and trump indigenous peoples’ rights to “being left alone.”

While a state certainly has a duty to advance its citizens’ human condition, the argument above does not hold up. Entrenched in this argument is the acceptance of an established global norm, what I like to call, “excessive consumerism:” the constant demand for so many cheap goods.  Palm oil’s characteristics of being healthful, easy to grow, yielding substantial amounts of oil per fruit and versatility have increased its demand and supply so much that it is rapidly decreasing the Asian rainforests, destroying indigenous homes, some of which may be completely gone within the next 10 years if a serious change of course is not implemented.  To be clear, capitalism, competition and consumption are arguably inevitable and not inherently harmful, but there must be a limit.  We do not need so much of everything.  Alternate methods of improving the human condition without simultaneously sowing our demise must be taken more seriously.

Third, history has taught us that when outsiders – and their food, textiles, commodities, and germs – are introduced into indigenous communities that have not built up immunities to foreign life, whole societies have been wiped out.  According to Survival International, “the Matis population fell by half following contact, when both young and old, including most of the shamans, died from introduced diseases.”[1]  Contact with foreign diseases can be fatal immediately or in the longer term. Some examples of prolonged effects include: “the “Matsigenka-Nanti” (between 30%-50% have died since contact in the 1970s), the Nahua (almost 50% in the 1980s) and the “Chitonahua” (approximately 25% since the 1990s).”[2]

David Hill of The Guardian has recently commented on this issue of whether isolated indigenous people should be left alone. He dissects the assertions within a recent article in Science Magazine, authored by two US anthropologists, Kim Hill and Robert Walker, in which they advocate for a “controlled contact” approach towards indigenous people.  They posit that contact is acceptable “only after conceiving a well-organized plan” requiring a “qualified team of cultural translators and health care professionals that is committed to staying on site for more than a year.”[3]  The anthropologists assert that it is likely that if indigenous peoples have “full information, i.e. if they were aware that contact would not lead to massacre and enslavement”[4] that they would act differently.  Why would they think that?  Isolated groups know that there are other societies and have chosen to remain within the forest or within their traditional territories. Their claim is presumptuous and perpetuates the notion that western culture, knowledge and ways of life are superior.

Ultimately, we must recognize the intrinsic power relations within the question, “Do indigenous tribes deserve to be left alone,” as it turns indigenous people into passive participants within a world of all-knowing rulers.

Indigenous peoples may be outnumbered, but they must not be trumped.