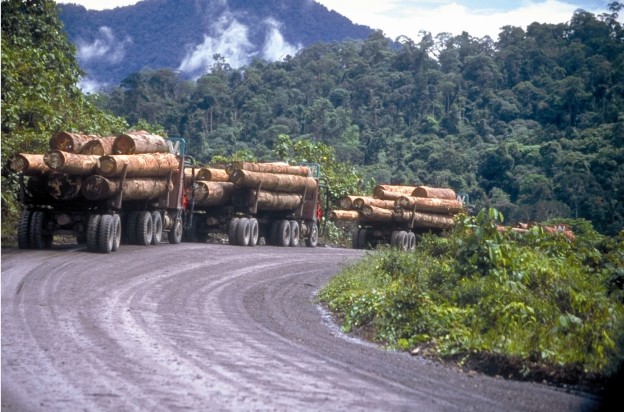 Carbon dioxide levels in the atmosphere have surpassed 400ppm and indigenous peoples have already begun to feel the effects.  Warning of displacement and conflict is a serious threat that can, in part, be thwarted when we begin to value “less” rather than “more.”

Within the past two weeks, news that the earth has reached a critical point has surfaced – the concentration of carbon dioxide in our atmosphere has reached the 400 parts per million (ppm) level, which scientists have warned is far beyond just a red flag.  Economist and climate change expert, Lord Stern, has warned that “hundreds of millions of people will be displaced from their homelands in the near future as a result of global warming.”[1]  Not only will masses of individuals become homeless, but as they migrate, conflicts will inevitably arise leading to greater global insecurity.  As temperatures rise, extreme weather patterns result and continent-wide agriculture failure is possible.  We know why climate change is accelerating – human behavior that adds GHG to the atmosphere has sped up a naturally occurring process of global warming to a degree that threatens all of our livelihoods.

Indigenous people are feeling the effects of climate change acutely, even though they are the ones least responsible for the rising temperatures and changing weather patterns.  A recent paper published in a British journal, Philosophical Transactions of the Royal Society B, notes that interviews with Brazilian indigenous populations reveal that they have noticed changes in rainfall, water levels, humidity, agriculture cycles and wildfires for years already.  Over the past decade, droughts have mercurially plagued the Amazon and changes can be readily seen.  For millennia, indigenous agricultural procedures were based on rotational methods characterized by setting small scale fires, which have now been detrimentally affected because those fires can no longer be so easily controlled.  One Xingu tribesman noted that in decades prior, fires that they would set to the savannah for agriculture would go out by themselves, but now, they just continually burn.  Because of less humidity, warmer temperatures and deforestation, not only do fires continue, but community gardens do not produce.[2]  There were warnings not too long ago, specifically in 2007, made by Dr. Daniel Nepstad that it was not impossible to imagine that half of the Amazonian basin will be cleared in just 20 years.[3]

A new study has found that some of the very projects for which the rainforests are being destroyed are not only adding to climate change but are sowing the seeds for their own destruction.  Hydroelectric dams, like the Belo Monte currently under construction in Brazil, require water flows to produce power and are constructed by cutting down trees and clearing flora.  Conventional wisdom used to say that more water would go to the rivers that used to have been taken up by trees.  But, we also know that trees and flora produce water vapor and create rain clouds when the moisture evaporates from their leaves. The study argues that if enough trees are cut down, the amount of water reduced in the ecosystem will leave less water to power the dams rendering hydroelectric power insufficient if not useless.  Indigenous communities’ livelihoods and homes are being destroyed for projects that directly expedite climate change and that potentially create an unsustainable framework in themselves.

What is the basis for the degradation of the rainforest, that threatens the livelihoods of indigenous peoples, and that increases global climate change?  Perhaps the shortsightedness of the actors contributing to this chaos is illustrated by Blairo Maggi’s belief that deforestation is an exaggerated issue, a “phobia” that people who do not understand the enormity of the Amazon have: “All of Europe could fit inside the Amazon…and we’d still have room for two Englands.”[4] Even if this were true, so what? Are we supposed to exploit it just because it’s gigantic?  Besides the obvious offensiveness of that comment regarding disrespect of indigenous homes and property, another problem with that flawed mentality is that regardless of size, just like most things, the Amazon Rainforest is finite.  There will come a time, in the near future, if we do not seriously decide to value “less” rather than “more” that our global demand for paper, cosmetics, palm oil, coffee, chocolate, meat…will not only leave the rainforests barren, but the livelihoods that we have worked so hard to protect will be forced elsewhere, out of their ancestral homes, and into unforeseen territory.