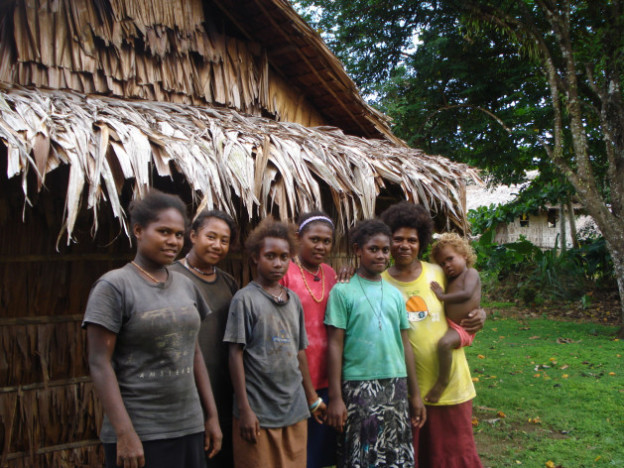 The exploitation of young girls in the Solomon Islands is a harsh reality of the extractive industries that not only threaten lands but also human dignity.

It is common to hear about the threats that extractive industries within the rainforests pose to the land, biodiversity and the overall health of our planet. Less talked about are the threats to indigenous women’s and girls’ dignity.

Throughout the Solomon Islands, particularly within the Huahai community, according to a recent IPS article, increased inequality between the indigenous communities and the loggers is exacerbated by the commercial sexual exploitation of children.  Reports include accounts of loggers “invit[ing] girls aged 13 to 14 years to the logging camps.  Sometimes they say they are going to see movies, but we don’t know what happens,” says Maddlyn Maelofa, a leader in Mothers Union who works in the region.  She is aware of at least ten girls who are involved, as well as a woman who has taken her daughter to a ship that came to the area to transport timber.

The Church of Melanesia’s Christian Care Center (CCC) published a report, which found that in 12 villages, 73 children were sexually exploited, along with 12 who were sold into marriage to migrant loggers, half of whom were under the age of 15.  Some families sell their daughters because of the economic advantage it provides in acquiring goods that would otherwise be unavailable to them.[1]

An important question arises here: If indigenous peoples’ lands, homes, food and medicines weren’t destroyed due to extractive industries, would they have the same economic needs and incentives as they do now?  In other words, extractive industries have forced many indigenous peoples to participate more frequently within formalized markets, which require money, to buy food, medicine, supplies, etc.; the same goods that they used to be able to gather from the forests.  But, because extractive industries demolish their environments, indigenous people’s are now in a position to need more money in order to sustain their livelihoods. While it would be irresponsible to claim that the Huahai who sell their daughters were devoid of choice – they could have sought a different means of economic gain – we cannot overlook the fact that people often make choices they otherwise would not make under extreme pressure.

Resorting to prostitution and marrying young girls to men who often do not care for the girls and the inevitable children they father in the long term is one of the many consequences that extractive industries bring to rainforest communities.  On the one hand, these are issues of women’s human rights, and in another way, they are also issues of collective rights that have implications for the future.

Along with the need to protect women and girls from being forced into commercial sex and trafficking, and is simply a matter of basic human rights, “it benefits the entire society when women and girls thrive. Families, communities, countries, are more prosperous and secure when…you unleash the power of everyone, not just some,” says Valerie Jarrett, senior advisor to President Barack Obama.[2]  When girls (and boys) have the opportunities to have a childhood and become educated, the entire community and broader global society are better off.  But, in circumstances where communities’ livelihoods are destroyed and parents believe that they have little option short of commodifying their daughters, the likelihood of developing strong and healthy civil societies becomes bleaker.

Contexts such as the ones found in the Solomon Islands are not unique to the South Pacific, but occur all over the world not only in the rainforests but in cities, towns and rural areas, as well.  We should work to create societies where not only are women and girls valued and treated equally to men, but also societies where communities’ livelihoods are preserved so that destructive choices become less frequent.

To help the indigenous peoples defend their human rights and lands, please visit www.rainforestfund.org/donate and consider making a contribution this holiday season. 100% OF YOUR DONATION GOES TO THE FIELD.