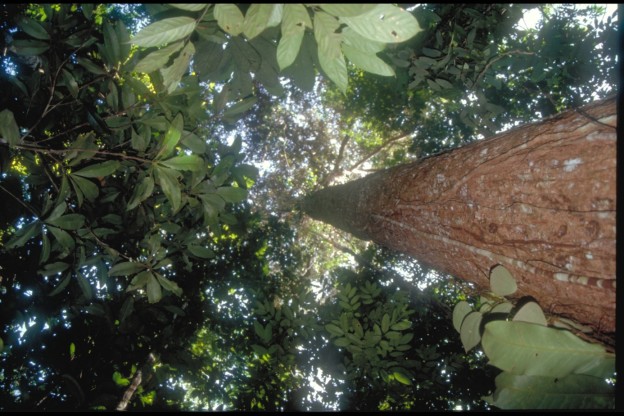 The Surui Indigenous people are the first group to generate REDD+ credits in accordance with the Verified Carbon Standard (VSC).  RFUND supports the vigilance component of the project, including ethnomapping and diagnostic biodiversity surveys.

Four years ago, the indigenous Paiter Suruí of the Brazilian Amazon voted to shift the basis of their economic livelihoods away from logging and toward forest conservation by pursuing credit for the carbon captured in trees under a mechanism known as REDD+ (Reduced Emissions from Deforestation and Degradation, plus sustainable forest management). Last week, an independent audit confirmed they had succeeded in producing Verified Emission Reductions – becoming the first indigenous people to generate REDD+ credits in accordance with the Verified Carbon Standard (VCS). In so doing, they have blazed a trail for other indigenous people, who have long been among the most effective stewards of the land and play a key role on the front lines of combatting climate change.

“REDD+ is a mechanism that unites our values and those of the non-indigenous capitalist world,” says Chief Almir Suruí, who conceived the project in 2007. “This is our contribution to forest preservation, but projects like this should only be undertaken by people with a medium- to long-term perspective.”

The project began when Chief Almir approached environmental nonprofit organization Forest Trends to see if carbon finance could be used to preserve the forest. Forest Trends then commissioned the law firm of Baker & McKenzie to see if the Suruí actually owned the rights to carbon in their trees. With that confirmation in hand, they brought in Idesam (Instituto de Conservação e Desenvolvimento Sustentavel do Amazonas/Institute for the Conservation and Sustainable Development of Amazonas) to determine which portions of the 248,147-hectare territory were in danger and estimate the carbon content. Idesam conservatively estimated that well over five million tons of carbon dioxide would be emitted if the Suruí didn’t act fast.

Over the next two years, Chief Almir worked with longstanding Suruí partners Kanindé (Associação de Defesa Etnoambiental Kanindé) and ECAM (Equipe de Conservação da Amazônia/Amazon Conservation Team) to help members of the Suruí understand the project in accordance with the principles of Free, Prior, and Informed Consent (FPIC) as articulated in Convention 169 of the International Labor Organization (ILO). In 2009, the four clans and 25 villages of the Suruí voted to impose and enforce a logging moratorium, and to work with Idesam to ensure that the impacts of the Suruí actions were measurable, reportable, and verifiable. In 2010, Funbio (Fundo Brasileiro da Biodiversidade/Brazilian Biodiversity Fund) joined the partnership to create the Surui Trust Fund and ensure that income from the project is managed responsibly and transparently. Local authorities, including Funai (Fundação Nacional do Índioissued/National Indian Foundation), have since endorsed the Suruí effort as a model project.

After extensive multidisciplinary review by independent experts, the VCS board and the Climate, Community, and Biodiversity Alliance agreed in 2012 that the steps the Suruí were taking would sequester at least five million tons of carbon dioxide over 30 years while protecting critical rainforest habitat. Verification, however, required further auditing by Imaflora (Instituto de Manejo e Certificação Florestal e Agrícola/Institute for the Management and Certification of Forests and Farms) and Rainforest Alliance to ensure that those steps were, in fact, being taken. During this time, the Suruí carried out patrols and worked with community members and government authorities to protect their forests.

“It’s been a long and arduous journey,” says Forest Trends President and CEO Michael Jenkins. “But by going first, the Suruí have created a template for other indigenous people across the Amazon.”

Since the beginning of 2012, Rainforest Fund has supported the critical, hard work of the Surui indigenous people in land management, communication centers and vigilance expeditions, which continue to prevent illegal logging within their ancestral rainforest home.