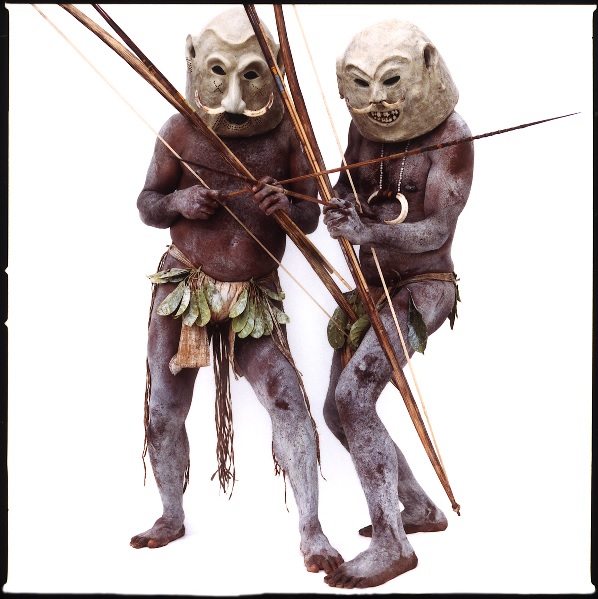 As legend goes, the Asaro Mudmen of Papua New Guinea were defeated by an enemy, and with little choice, decided to escape. At dusk, the enemy saw them, rising up out of the banks covered in mud and thought they were spirits. Like most tribes, the enemy was terrified of spirits and in turn, fled themselves! As the Mudmen returned to their village, they were greeted once again by this enemy. Fleeing the feared spirits once more, the enemy was finally out of sight. Today, the Asaro Mudmen wear masks that honor and thank the spirits for saving their land.