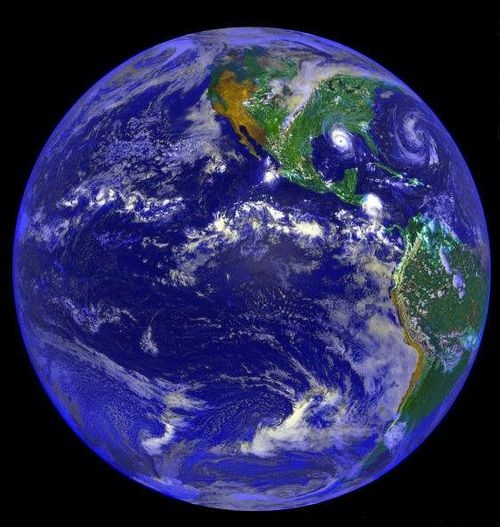 At what age is it best to teach children about climate change and sustainability?  England has introduced a new geography curriculum that dilutes, if not excludes, “climate change” and “sustainability” education for children through age 18.

Would you be surprised to learn that England’s education curriculum will exclude climate change and sustainability?  I was.  The Guardian reported in March that the education department is cutting climate change and sustainability studies for children below age 14,[1] and a newer report from June states that additional curriculum changes will affect students through age 18.[2]  Not too long ago, the carbon dioxide levels in the atmosphere surpassed 400ppm, which scientists have warned for years is a critical threshold, and UK Rear Admiral Neil Morisetti believes that climate change is “one of the greatest risks we face in the 21st century…By virtue of our interdependence around the world, it will affect us all.”[3]  At this critical time when people throughout the world, from Thailand to Peru, are experiencing increased floods, droughts, logging and mining, we should rejuvenate not retract from climate change education.

For over a decade, the UK has had a progressive climate change education agenda and collaborated with nonprofits to integrate hands-on learning, using solar panels for example, to teach not only about the environment and energy but also math and literacy.  Studies showed that students received better grades and were more interested in learning overall because of these lessons.[4]

So why the sudden change in strategy?

Looking at the new curriculum, we see that it does not eliminate studying the issues surrounding climate change and sustainability but instead talks around these terms. For older students (GCSE and A-level), the new curriculum mentions climate change only once[5] and instead uses phrases such as: “How geomorphic processes (e.g. weathering, slope movement and erosion by water, wind and ice) have influenced and continue to influence the landscapes of the UK and the interaction of those processes with human activity.”[6]  Proponents of the new curriculum for younger students claim that teachers can still talk about climate change by pointing out how “human and physical processes interact to have an impact on and form distinctive landscapes.”  Opponents, though, argue that we have a duty to our children and future generations to address these issues more directly, and that this diluted curriculum threatens the future of sustainable development in schools. [7]

Supporters neither advocate for eradicating the issues of climate change from the new curriculum nor that climate change is not happening.  So then why not just say “climate change?”  Proponents believe that, in the past, children have not attained a solid foundation on climate before moving on to discuss climate change.[8]

In the US, climate change education has also gone through changes in recent months to improve the 1 in 5 ratio of students who feel that they have a good grasp of climate change from what they have been taught in school.[9]  Twenty-six states have collaborated on “New Science Standards” that introduce climate change as a core element of science education within middle and high schools.  While the standards are not mandatory, and the final draft is shorter than earlier versions, the goal is to equip students with critical thinking skills to incorporate science into their daily lives and decision making. Certain debates among policy makers and stakeholders must be worked out in terms of how early climate change should be taught (some argue as early as kindergarten), and how much leeway teachers should have, but the general consensus, in contrast to England, seems to advocate for teaching climate change to children and that the human contribution to the problems must be identified along with mitigation methods and potential solutions.[10]

The debate in England, though, appears to be more about rhetoric and childhood development than science itself: at what age should the terms “climate change” and “sustainability” be taught? When reading these reports, ideas about consciousness and practicality came to mind.

This leads us to the question of practically.  Climate change imagery is everywhere (especially in England): in the news, on TV, all over the internet, in magazines, conversations, and political speeches…the list could go on.  To avoid exposing children through age 18 to climate change and sustainability imagery and terminology in the industrialized world is close to impossible.  Even if climate change were to be cut from England’s curriculum, children would eventually raise their hand in class and ask about that polar bear they saw on a poster in the tube.

Climate change and sustainability are complex issues but protecting indigenous and traditional populations in the rainforest, who are least responsible for rising temperatures and depleted resources, is perhaps even more complex.  When children become aware, at a young age through important lessons in school and within society, of the elements that affect and are effected by climate change, they are in a better position to think creatively and progressively about solutions.  A collective conscience that connects the dots from the polar bear to big industry to logging to indigenous people creates the opportunity for big thinking that leads to big changes to ensure that all people have a long and bright future.