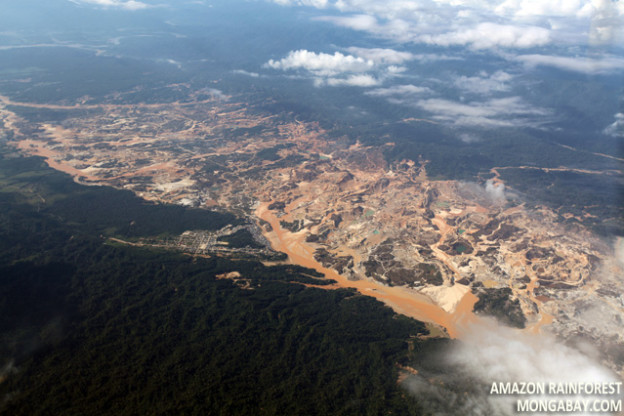 The similarities between indigenous people and villagers in the mountains of Morocco signal deep-rooted problems within the operations of extractive industries.

Browsing through last week’s New York Times, I was immediately caught by the title “On Moroccan Hill, Villagers Make Stand Against a Mine.”   Our work at Rainforest Fund in recent years has been heavily devoted to assisting indigenous peoples in their fight not only against the presence of extractive industries like mines, logging and oil concessions on their lands, but also in their fights for justice and compensation after the miners and loggers leave in their wake polluted water and air and destroyed resources.

What struck me most, as I read the article, was how similar the plights of indigenous peoples in the rainforests are compared to their counterparts living in the mountains of Morocco. While geography, cultures and state laws are different between, let’s say, Ecuador and Morocco, the basic vulnerabilities, human rights abuses induced by extractive industries and the populations’ desires for justice are the same.

This article notes that the Moroccan villagers “resent the mine because they get nothing from it except pollutants;” exemplified, in part, by the mine’s refusal to hire local students who were looking for seasonal work when they returned to their village in summer 2011. In response, villagers who had jobs decided to show their solidarity and join the students in their move to block the mines operations. They demanded that “75 percent of the jobs at the mine be allocated to their municipality.” Unfortunately unsurprisingly, the company refused.  This trend – one that exploits the land and reserves profits for the mining companies themselves while disregarding the needs of the population – is one that can be seen throughout the world.

In the Lago Agrio region of the Ecuadorian Amazon, our partners have suffered and continue to suffer from a range of diseases and disabilities resulting from Chevron’s oil extraction throughout the region. The communities’ rights and needs have been continually ignored and their clean water supply remains toxic, leaving them to reap the fatal consequences while the company continues to profit.  Neither the Moroccan nor the Ecuadorian community was adequately consulted prior to resource extraction, and they both endure lasting, negative consequences.

In an effort to gain some relief after Chevron refused to rectify the damages they caused, the Ecuadorian communities successfully brought suit against the company, as they believe, rightly so, that the company should be responsible for the environmental and social destruction that their operations caused. Likewise, in Morocco, “the villagers say they want the company held responsible for environmental damage that they say is the cause of disease, livestock fatalities and desertification.” The mining company, though, denies that it has any negative effects on the environment. “We are very careful,” they say, “and we don’t pollute the water or the land around the mine.”  A tune also heard from Chevron.

The lack of responsibility illustrated through these few examples of disregarding populations’ interests both before, during and after resource extraction signals an expansive and pervasive status quo relating to unequal power dynamics and a lack of law enforcement. Because extractive industries bring significant profits to companies and increase states’ GDP, they are either tolerated and/or endorsed by states and benefiting parties.

Economic advancement, though, should not simply be for a few select individuals or companies, and should certainly not destroy peoples’ homes and resources. Instead, prosperity should be more equitably distributed amongst local populations so that they may not only meet their basic needs but be in a position to lead the lives they dream.