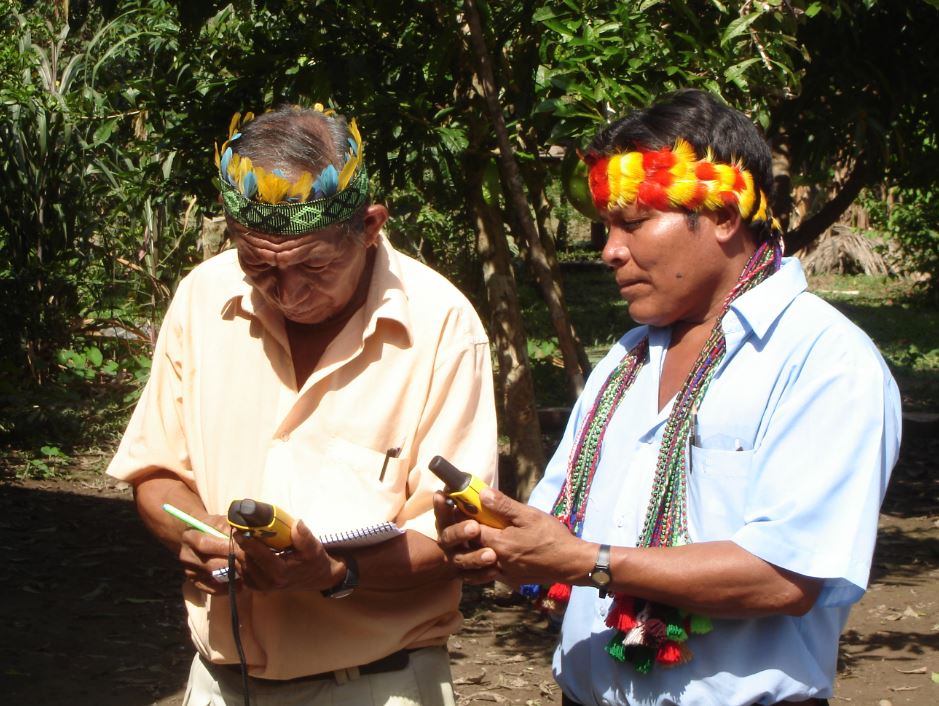 As far as I am concerned it is difficult to give a forthright answer to this question although I think that there is always a pros and cons in any issue we deal with., but here we are talking about the survival of the indigenous cultures and languages.

In fact, the cultural debate on the issue of ICT, its pros and cons is not going to die soon. It is for some a double-edged sword, for others a computer-mediated colonialism, but it can also be a powerful agent of change for the indigenous communities provided it is “founded on the respect and promotion of the rights of Indigenous peoples, nations and tribes and their distinctive and diverse cultures as outlined in international conventions” according to the 2003 Geneva Declaration of the Global Forum of Indigenous Peoples and the Information Society.

The question remains whether these technologies foster specific cultural values and communicative preferences or are they culturally neutral? Can they preserve and protect distinct identities and cultures?

Bearing in mind that indigenous kinship and family structures are cohesive forces which bind the community together, what happens when computer mediated communication is introduced in the community enabling especially the youth to take advantage of the multiple potentials of these new technologies which can be positive but also be the agents of destructive changes.

In the indigenous family structure, the ELDERS are revered, and listened to with great respect and have the final say in any common decision but most of them from my personal experience cannot read or write and they will not enter this new world of computers. Furthermore learning about computers is an individual and silent exercise in contrast to indigenous preferences for learning altogether often in a noisy way.

So the question raised is whether the dominant economic and political powers of the West through ICT will override the different cultural values of the indigenous communities.

In the Western world it has changed society profoundly in nature and structure. Therefore it is a legitimate question to raise how the indigenous people extended family structure will be disrupted by the digital technology delivering uninvited contents and possibly bringing conflicts within the community. It will certainly change family relationship, and mobility of the tribes within their land as technology will control it on their behalf.

But ICT as previously said can also bring positive changes in the community which is able to adapt it to its own needs, may be giving birth to something new to integrate in their own culture and broadening their knowledge.

It can be seen as a tool for a specific purpose such as the introduction of outboard engines for example which have significantly changed the speed and ability of tribes who depend on water transportation to visit each other and the outside world as well as assisting them in vigilance expeditions for example. At the same time it has increased their dependence on outside fuel, money technical assistance, increased water, land and sound pollution and has diminished the time they spend in closer contact with their environment.

The introduction of any new technology will have an impact on these traditional communities both positive and negative. ICT is not very different although its impact can be multiplied both for good and bad. The ability to communicate directly with the world from one’s village is an enormously powerful tool while bringing outside influences directly to the communities which can be disruptive.

As previously said the debate will continue among the communities themselves.

As far as we are concerned as funders it is our practice that any project should not have as its focus the introduction of new technologies. The focus should be on jointly constructed goals whose primary objective is strengthening the community and its ability to represent themselves.

We have also to acknowledge that in Africa, in the Amazon region, in Asia there are Indigenous tribes whose traditions, customs and way of life have astonishingly withstood the test of time and the sweeping force of modernization. They continue to live peacefully without dependence on any of the inventions the modern world value so deeply.

The question remains: Is ICT an irreversible process in the lives of the Indigenous communities?

Will ICT validate the Brazilian President’s theory about integrating the indigenous communities in the mainstream society?

The future will give an answer.

Executive Director/Chair of the Board