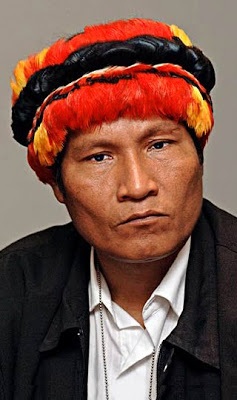 While it is ultimately the Peruvian judiciary’s responsibility to ensure that defendants are given a fair trial, we call upon the Peruvian Government to respect all of the International Conventions to which it is a party, and to repeal the new laws that make peaceful protests more difficult and illegal by imposing house arrests and prohibiting Indigenous people from finding work through intimidation of grassroots leaders.

This post appears in original form from Rainforest Foundation US: http://www.rainforestfoundation.org/article/mass-trial-indigenous-leaders-take-place-peru-may-14-2014

On May 14, 2014, a trial involving 57 indigenous leaders will begin in Bagua, Peruvian Amazon. The biggest trial in Peruvian history, it is one of many that followed the unfortunate events known as the “Baguazo” in June 2005.

In June 2009, a series of government decrees that would have restricted indigenous peoples’ control over their lands and resources triggered protests in the Peruvian Amazon.  The protests and subsequent crackdown culminated in the killing of 38 people between policemen and indigenous leaders, in a series of events known as the “Baguazo”, after the town near which most of them took place.  Since then, over 100 cases, involving more than 350 indigenous people, have been filed, in a further crackdown on civil rights.  Thanks to support from the Rainforest Fund and a small but dedicated team of lawyers, our partners at AIDESEP (the main representative indigenous organization in Peru) have been able to successfully strike almost every one of the cases.  Three cases now remain, but they present a huge challenge, as they involve the largest number of people, and the most serious accusations.

After years of legal back and forth, the case known as the “Curva del Diablo”, is going to trial on May 14, 2014.  The case involves 57 defendants – and as such, will be the largest trial ever held in Peru.  Possible sentences vary from 5 years to life in prison.  AIDESEP President Alberto Pizango is among the defendants, and faces 35 years to life in prison for “instigating” the events that took place – despite the fact that he was hundreds of miles away in Lima at the time.  It is expected that the trial will take 6 – 9 months.  While 57 indigenous people are standing trial, none of the politicians who ordered the crackdown face charges, despite the fact that the Peruvian Congress voted for them to do so in 2011 and the events resulted in 18 indigenous people being killed.  These cases come at a time of increasing criminalization of protest in Peru.

The events in Bagua brought issues around indigenous rights and development in the Amazon to the fore, with several in government claiming the indigenous movement was “against development”.  Since then, AIDESEP and indigenous communities have demonstrated that they are not against development, and in fact have presented proposals for community forest management, environmental monitoring, and climate change mitigation.  Indeed, the role of indigenous peoples as forest protectors is being increasingly recognized, in Peru and elsewhere.

In the words of Alberto Pizango:  “There’s a ’Before Bagua‘ and an ’After Bagua‘. A ’before‘ in which the Peruvian State didn’t want to and didn’t know how to listen to the proposals of indigenous peoples. This exacerbated the situation until things came to what happened, which unfortunately took so many lives unnecessarily. I’d say an ’After Bagua‘ because thanks to the Amazonian mobilizations I can say that today the indigenous agenda is not only inserted in the national level and within the State, but on the international level”. (See Amazon Watch’s website for the full interview in English and AIDESEP’s for the original in Spanish).

Despite so many advances made, indigenous leaders will face a huge challenge as the Curva del Diablo case begins on May 14, and over the coming months. Please stay tuned for updates.