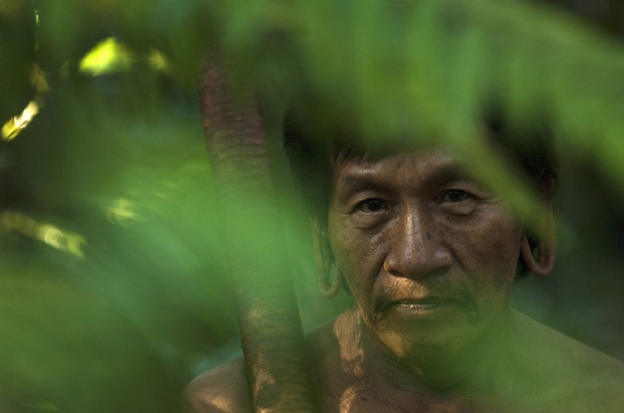 How much would you pay for 9 million hectares – that’s an area larger than Scotland or about the size of the US state of Indiana – of unspoiled old-growth tropical rainforest? No, I am not trying to swindle you or sell virgin rainforest lands, but this is now a question the world has to grapple with.

According to the Financial Times, Mr. Bavon N’sa Mputu Elima, the Minister of Environment for the Democratic Republic of Congo (DRC) in a presentation to the UK House of Parliament, explained that even though “”the DRC accepts its responsibility to protect its forests for the benefit of humanity…as a developing country we require a partnership with industrialized nations to provide the financial support needed by the program.”

As an example Mr. Elima brought up an agreement between the governments of Norway and Indonesia according to which Indonesia would receive up to $1 billion if deforestation within the country was reduced to a specified level. “We have more forests than Indonesia and they got $1 billion”, Mr. Elima is quoted as saying.

That statement by Mr. Elima triggered a bunch of questions in my mind. Who did get the billion dollars promised by the Norwegian government? Who would get the money that Mr. Elima was asking for? Would it actually lead to preservation of the Congolese rainforests? And what about the people who live in those rainforests?

To try and answer these questions bubbling in my head I decided to look at two projects across two continents that had the aim of marrying rainforest conservation with economics.

The first is an agreement between the Norwegian and Indonesian governments and the second is a project spearheaded by the Surui people in the Brazilian Amazon.

Whether this agreement between two governments has led to increased protection of rainforests in Indonesia is debatable at best and probably depends on who you ask.

For instance, a recent paper in the academic journal Science used satellite data to show that rainforest loss in Indonesia continues to grow and shows no signs of slowing down.

Writing for Development Today, Anja Lillegraven of Rainforest Foundation Norway acknowledged that “Indonesia has not yet been able to change its deforestation rate despite Norway’s support”, but she insisted that “the Indonesia-Norway agreement has triggered positive policy reforms and institutional developments, slowly building the foundation for lasting changes in the sector”.

Rainforests and the people who live there

Unfortunately these “policy reforms” and developments seem to be creating a false dichotomy between rainforest preservation and protecting the rights of the indigenous people who call the Indonesian rainforests their home.

In a recent Thompson-Reuters report Arie Rompas, head of the Central Kalimantan chapter of the Indonesian Forum for the Environment (known locally as WALHI), cautioned that rainforest conservation efforts “should not exclude the concerns and initiatives of people who have been living in forests for many generations”.

Rompas explained that “if they (conservation planners) just concentrate on carbon, then local people and communities will be neglected. Forests for the Dayak people (an indigenous tribe) are not about trees. It’s also talking about culture and society.”

Rompas talked about how the government needs to do more to engage indigenous people in their conservation efforts, instead of dictating rules and conditions to follow. “There are claims for public participation but in reality people only attended meetings. You can’t really call that participation because they were never asked for their opinion”, he explains.

A particularly galling part of the problem in Indonesia is the non-recognition of the land rights of indigenous people. Rukka Sombolinggi from the Indigenous Peoples’ Alliance of the Archipelago (AMAN) lamented that “The problem now is that because we don’t have our rights specifically recognized and protected, it is very easy for the government to give permits and licenses to the private sector, private companies, without considering actually there are indigenous people living in this area”.

You might think that I am mixing two issues here; rainforest preservation and indigenous rights protection. But I think that an effective way to conserve the world’s rapidly diminishing rainforests is to engage and empower indigenous people who live there. Wouldn’t you want to have a say and play a role in protecting your home?

The Surui People of the Brazilian Amazon

There is probably no better example of a grassroots movement that is succeeding in preventing rainforest deforestation and at the same time ensuring a sustainable economic future for the local indigenous people than that of the Paiter Surui tribe of the Brazilian Amazon, led by their indomitable leader, Chief Almir Surui.

My first acquaintance with the story of the Surui people was over the radio through NPR. On May 28th, 2013 Juan Forero narrated how the Surui had traveled from living “in the Stone Age” to “perhaps the most technology-savvy tribe in the Amazon”. Chief Almir has traveled all round the world (literally) to speak about and garner support for his people’s rights and their rainforest home.

“Our model calls for saving the forest and fighting for sustainable development” says Chief Almir. He realizes that “”The forest has much to offer. Products like nuts. Wood, if the logging is well regulated. And [it] pumps and protects water”.

In a meticulously researched and beautifully written article Steve Zwick at the Ecosystems Marketplace talks about the many challenges the Surui people went through as they fought to protect the rainforest and their way of life.

Ultimately the tribe’s main goal was to become part of the REDD+ program and gain access to sustainable economic returns for preserving their corner of the Amazon. With help from organizations such as the Rainforest Fund, Chief Almir and his people were successful in selling carbon credits to the Brazilian cosmetics company Natura SA in September 2013.

One of the main differences that I could spot between the REDD programs in Indonesia and in Brazil is the involvement and leadership role taken by indigenous people.

Of course there are other differences, both social and political, between the situation in these two countries, but I can’t help thinking that involving and empowering local indigenous people to take advantage of the REDD program is a powerful way to marry the twin goals of rainforest preservation and indigenous rights protection.

“REDD+ is a bridge between the indigenous world and the non-indigenous world…” said Almir (as quoted in the article by Mr. Zwick). “It creates a vehicle through which the capitalist system can recognize the value of standing forests, and indigenous people can be rewarded for preserving them”.

I understand that the DRC needs to ensure economic progress while trying to preserve the environmental gems they possess. My hope is that as Mr. Elima and the Congolese government works towards protecting the rainforests of the Congo river basin, they engage and empower the local indigenous people – the Mbuti, the Aka, the Twa and others – and help them take control of protecting their verdant, precious rainforest homes and their particular unique way of life.