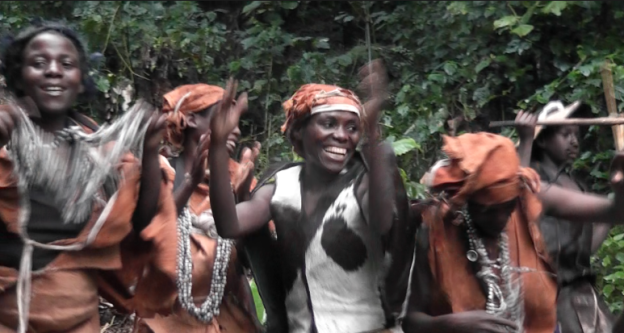 “I had traveled by car, plane, boat and foot — more than 100 miles from conventional civilization — to reach a place where the old ways have not been forgotten, where local people interpret the world through their dreams and the forest spirit known as Arutam is said to inhabit the mighty kapok tree.”

In a beautifully composed article in the New York Times, writer and photographer, Andy Isaacson waxes lyrical about his ecotourism trip into the Ecuadorean rainforest to spend time with the indigenous Achuar people.

Achuar, which literally translates as ‘people of the aguaje palm’, is the name of a group of indigenous people who have lived in the area along the Peru-Ecuador border for centuries. Their ancestral lands stretch across more than 2 million acres, an area about 1.5 times that of the US state of Delaware.

Today the Achuar lands are under threat; The Ecuadorian government has been granting oil concessions in the Amazon rainforest since the early parts of the last century and more permits are being issued recently.

“The Achuar had watched northern tribes struggle against oil companies”, writes Mr. Isaacson. “With proponents of oil development — including Ecuador’s president — continuing to press for exploration on their land, the Achuar now find themselves embroiled in a classic struggle for power and resources that native people have almost always lost”.

To protect their corner of the earth in the struggle against environmentally-damaging oil extraction the Achuar have turned to tourism as a sustainable path to economic security and rainforest conservation.

In 1996 they opened Kapawi Ecolodge and Resort, an ecotourism destination deep in the Ecuadorean Amazon, in collaboration with a private Ecuadorean company. By 2010 the Achuar had sole ownership of the resort, which was listed as “one of the top five outstanding environmental conservation and community development projects in the world” by the United Nations.

Ecotourism, and its associated financial returns, helped the Achuar balance their economic needs with their desire to protect their home and way of life. It helps raise awareness about the conservation issues the Achuar face and their rights as indigenous people. At its best ecotourism can be all that and a breathtaking opportunity for tourists to experience indigenous cultures and beautiful natural areas.

So far I have only talked about the positive aspects of ecotourism and shown you one example where ecotourism has been a relative success. But what exactly does ‘ecotourism’ mean?

The International Ecotourism Society defines ecotourism as “responsible travel to natural areas that conserves the environment and sustains the well-being of local people (emphasis added)”. This simple, one-line definition masks a multitude of complex issues lurking just below the surface.

Think about this: ecotourism is simultaneously lauded as possibly “one of the most potent tools in the arsenal of contemporary conservationists” and lambasted as “at its worst…environmentally destructive, economically exploitative, culturally insensitive, ‘greenwashed’ travel”. How can the same thing elicit such contrasting reactions in people?

The root of the issue lies in the dual nature of ecotourism; environmental conservation and maintaining the cultural, economic and social integrity and happiness of local, often indigenous, peoples. Both these objectives of ecotourism are noble goals, but what happens when they are at odds with each other? Is one of them a primary goal or are they to be balanced equally at all times? Who gets to decide?

The paradox of ecotourism

Although not in the context of rainforest ecotourism, one example of the contrasting aspects of ecotourism is outlined in a 2008 article in the Economist magazine.

The Galapagos Islands, with their unique ecosystem, have been a haven for ecotourism for many years. In 1999 the islands had a GDP of about $41 million; by 2005 the GDP had increased by 78% to about $73 million, spurred by huge growths in the ecotourism industry.

But, even with the impressive growth in GDP “average income per head [between 1999 and 2005] rose by only 1.8% annually”, according to the Economist.  What caused this discrepancy between the large increase in GDP but not income per capita? While the Galapagoes economy was growing at around 10% Ecuador’s economy was collapsing, leading to the island’s population increasing by 60%. The success of the ecotourism industry was a magnet for the unemployed.

Fragile ecosystems, like islands and rainforests, which serve as alluring ecotourism destinations, are not capable of sustaining large numbers of visitors without suffering significant environmental damage.

In the Galapagoes “more people have put increased strain on the islands’ water supply, sewerage and waste disposal, not to mention its fragile wildlife. Exploitation of fish from the marine reserve is increasingly intense…and illegal catches are common”.

The Galapagos became a victim of their own ecotourism success and now “every $3,000 more the islands earn—every three extra visitors, in other words—sucks in another migrant”.

Every business starts with goal of becoming successful. How one successfully reconciles the economic success of an ecotourism venture with the real need to limit the impact of tourists on unique ecosystems and the culture of the people who live there remains a central challenge for the ecotourism industry.

As I mentioned earlier, ecotourism, by its very definition, has a dual responsibility. Just as we cannot afford to sacrifice beautiful and fragile natural areas for economic profit, we should not justify human suffering and loss in the name of ecological conservation.

Sub-Saharan African countries such as the Democratic Republic of Congo (DRC) and Uganda contain some of the most verdant tropical rainforests in the world. They also house a large proportion of the world’s remaining gorilla population.

Two national parks in particular, Bwindi Impenetrable in Uganda and Kahuzi-Biega in the DRC are home to populations of mountain and lowland gorillas respectively. The parks are stunningly beautiful, as writer Wendee Nicole describes her time in Bwindi in an article in the journal Environmental Health Perspectives: “A gossamer mist settles over the jagged peaks of Bwindi Impenetrable National Park… the eight tourists and their porters catch up, everyone gathers to watch, mesmerized, as two gorillas placidly eat nettles”.

Today Bwindi – and, because of the precarious political situation in the DRC, to a lesser extent Kahuzi-Biega – serve as important conservation areas ecotourism destinations.

But while the establishment of these national parks has brought about a measure of safety for the gorillas it has meant displacement and misery for the indigenous Batwa population.

As Ms. Nicole explains in her article “they [the Batwa] became ‘conservation refugees’, and today most live in abject poverty around the park edges”.

The Batwa had a long tradition of harvesting forest products for food, medicines and sustenance. “But when the park was first established, those activities became illegal; people lost a means of sustenance”.

Today there are attempts to help the Batwa people stand on their own two feet again. In Uganda, you can now go on a ‘Batwa Experience’, where tourists spend a few hours learning and experiencing how the Batwa lived in days gone by.

In the DRC the Rainforest Fund supports the ‘Envrionment, Ressources Naturelles et Development’ or ERND in its quest to help the Batwa people seek legal redress for their forced relocation and loss of their ancestral lands without any compensation.

What can we do?

So is there no hope ecotourism fulfilling both its environmental and social goals? Of course there is, and I think we, as potential ecotourists, can have great influence on the course of this complex industry so full of potential.

In a fascinating review article, published in the academic journal Ecological Economics, authors Jessica Coria and Enrique Calfucura conclude that ecotourism projects need to fulfill three criteria if they are to both protect the interests of indigenous peoples and preserve the beautiful, fragile environments where they live.

1. The economic benefits of ecotourism must be accessible to the target population

We can make sure that ecotourism trips we are planning on fulfill these criteria, research who gets the proceeds from the ecotourism business and explore how ecotourism projects benefit both the natural environment and promote the social and cultural well being of the local people.

I know the next time  I get to go on an eco-trip I will take more time to not only marvel at the natural beauty but also try to experience and develop a deeper appreciation for the culture of the people who make these far-away places their home.

As an Achuar shaman told Mr. Isaacson towards the end of his stay in the Ecuadorean rainforests, “You came here to learn about the culture, the rain forest and reality of the Achuar people. Now you’ve seen that”.