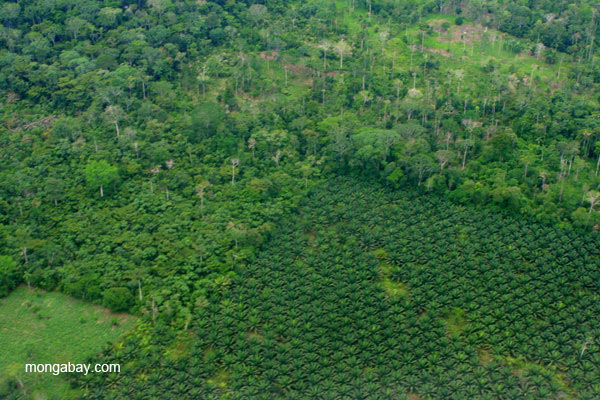 The World Bank has presented the Proposed Environmental and Social Framework for consultation. A new, revised set of standards seek to “ensure the delivery of an environmental and social framework which is more efficient and comprehensive,” however, Rainforest Fund sees significant flaws in the proposed draft.  It includes watered down standards making it easier for states to ignore the rights of indigenous peoples.

Below is the paper submitted to the World Bank, written by Rainforest Fund Chair and Executive Director, Franca Sciuto.

Comments from the RAINFOREST FUND on the Environmental

We are writing to you with regard to the “light touch” draft sent out for comments from concerned organizations.

The Rainforest FUND is a charitable organization dedicated to the support of indigenous peoples and traditional populations in their efforts to protect their environment and fulfill their rights.

The Rainforest Fund bears in mind the universality, indivisibility and interdependence of all human rights, and carries out its mission by:

Funding programs and projects aimed at supporting indigenous peoples and traditional populations of the rainforests to assert their rights, to promote a sustainable development of their communities and to challenge governmental practices that have a damaging effect on their environment.

We believe that as an international organization, and as a UN specialized agency, the World Bank is bound by the human rights obligations under the general rules of international law and by the UN Charter, which should prevail in respect to the Bank specific mandate and rules.

We believe that the Bank has due diligence responsibility not to facilitate the violations of human rights obligations by the States that borrow from the Bank’s in the context of development projects.

After careful reading of the new “light touch” safeguards regarding indigenous peoples, we would like to express our disappointment and concern that these policies do not protect fully their rights.

While the World Bank acknowledges that “indigenous peoples are inextricably linked to the land on which they live and the natural resources on which they depend, and therefore they are particularly vulnerable if their land and resources are transformed, encroached upon, or significantly degraded,” unfortunately the text falls short of enforcing this statement.

We would like to underline two aspects of this draft which are of great concern to us, although they are not the only ones.

FREE PRIOR AND INFORMED CONSENT –

It is based on two international agreements, the ILO Convention 169 and the Declaration of the Rights of Indigenous Peoples.  The word “Consent” is the most important element of these agreements, but one which has been ‘watered down’ by the Bank’s proposed Environmental and Social Standards. Indigenous Peoples shall have the right to accept or to veto a project which does not respect their rights and to negotiate and fully understand how the project will be executed.  While the Bank makes mention of the importance of FPIC and that communities be consulted, it does not require Borrowers to actually gain the consent of a community.  Instead, language is included in the ESS that allows for the deferral to a Borrower’s own standards, which leaves open the possibility for a violation of FPIC.  The Bank should require that free, prior and informed consent is meaningfully attained according to international law and not based upon interpretations by Borrowers.

To be able to make an informed decision, Indigenous Peoples need to have a clear picture and documentation about the project from the Borrower which describes in details all activities and the positive and negative impacts that are expected. They have to be given the necessary time to evaluate the whole documentation and be free from any pressure and manipulation by the Borrower, by his contractors or by other stakeholders. Moreover, the Borrower must know and respect the property rights and land uses of the affected Indigenous Peoples.

The experience about the implementation of the FPIC to date has not been positive for the indigenous communities and it is of the utmost importance that the World Bank draft includes all the missing elements and upholds a strict adherence to free, prior and informed consent, which is a long expected and necessary step towards the acknowledgement of the rights of Indigenous Peoples.

Furthermore, we would like to mention also the OPT- OUT- OPTION in Paragraph 9, where it is stated, “When applying ESS7 would create a serious risk of exacerbating ethnic tensions or civil strife, or is inconsistent with the provision of national constitution, the Borrower may request the Bank to agree on an alternative approach.” This opt-out close which allows borrowers to determine the needs of its own Indigenous People without any consultation with the indigenous communities in most contested operations will be used to realize the project despite fierce opposition.

We believe that all that would allow for any “opt out” clause for borrowers shall be cancelled as it undermines directly and seriously the very fundamental rights that Indigenous Peoples have over their lives, their land, territory and resources, and the course of their own development.

Thank you for your kind attention.

Dr. Franca Sciuto, Chair of the Board

SEE THIS LETTER ON THE WORLD BANK’S WEBSITE UNDER ‘SUBMISSIONS:’ http://consultations.worldbank.org/consultation/review-and-update-world-bank-safeguard-policies