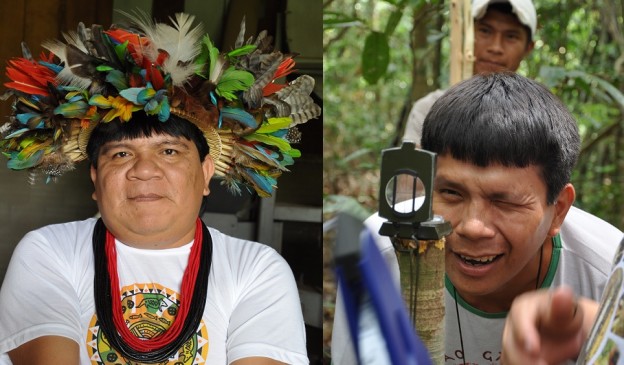 Here at RFUND, recent months have been full of progress, especially for our Surui partners in the Amazon.

Led by Chief Almir, the Surui have worked for years to establish a successful United Nations REDD (Reducing Emissions from Deforestation and forest Degradation) project and together with Brazilian cosmetics giant Natura S.A. they announced on September 10th, 2013 a groundbreaking, first of its kind, partnership.  Natura S.A. has purchased 120,000 verified carbon credits from the Surui Forest Carbon (SFC) project to offset their 2012 carbon emissions, which protects the rainforests and mitigates climate change.

In the words of Chief Almir, “The support of RFUND was crucial in getting the Surui to this stage.  By strengthening and implementing the Surui protection plan and supporting the Surui park guards, the RFUND grant ensured that the Surui would be able to protect their forest and in this way generate the avoided deforestation credits which now will continue to finance this work.  Through this support, the Surui will now be able to leverage between US35-$70 million over the next 30 years to invest in the protection and management of their traditional forests and their own livelihoods.  This project has also opened doors for other tribes in Brazil and throughout the world by demonstrating that Indigenous People can engage with some of the world’s most sophisticated environmental and land management instruments and take them to successful fruition.”

Fighting for indigenous rights often goes beyond establishing borders and land rights but must affect the way that indigenous peoples are perceived, both under the law and in reality.   When called upon, we support Brazilian indigenous peoples, as well as all others throughout the world’s rainforests, to acquire not only rights to their lands, but to demand that their integrity and dignity are upheld and that they are respected as human beings.

What can you do to fight discrimination?

Photo courtesy of the Surui Tribe

To help the indigenous peoples, like the Surui, continue to manage and defend their lands, please visit www.rainforestfund.org/donate and consider making a contribution this holiday season. 100% OF YOUR DONATION GOES TO THE FIELD.